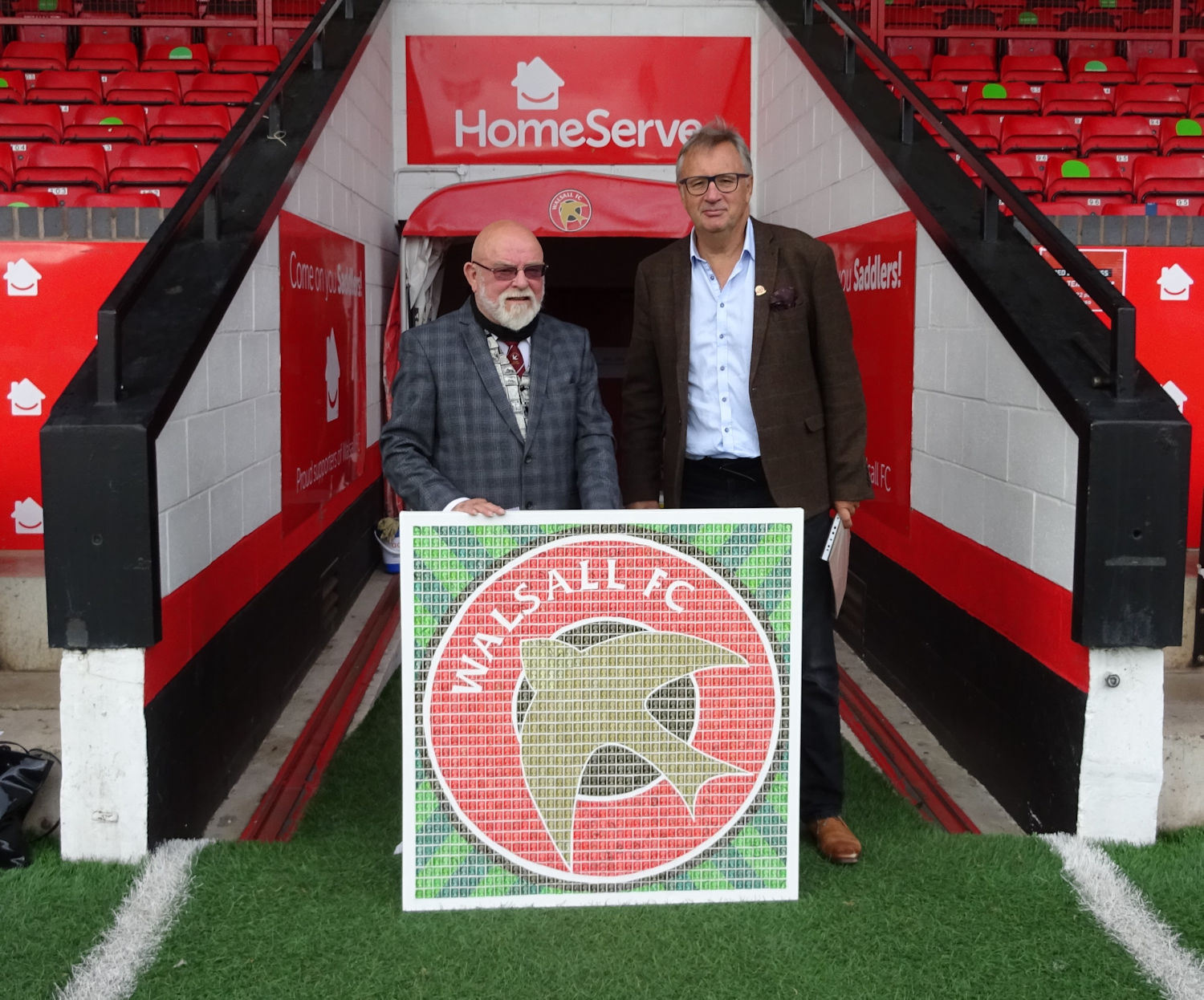 The postage stamp collage of  the Walsall Football Club Badge was presented to Leigh Pomlett, the Chairman of Walsall FC. It comprises of a three foot by three foot canvas on a green shadow stripe background. Many of the three thousand stamps have been chosen for their clear postmarks which include the names of towns whose teams Walsall FC have played over a period of several decades. The green background not only represents the “hallowed turf” but has been incorporated into 2020/2021 season kit.